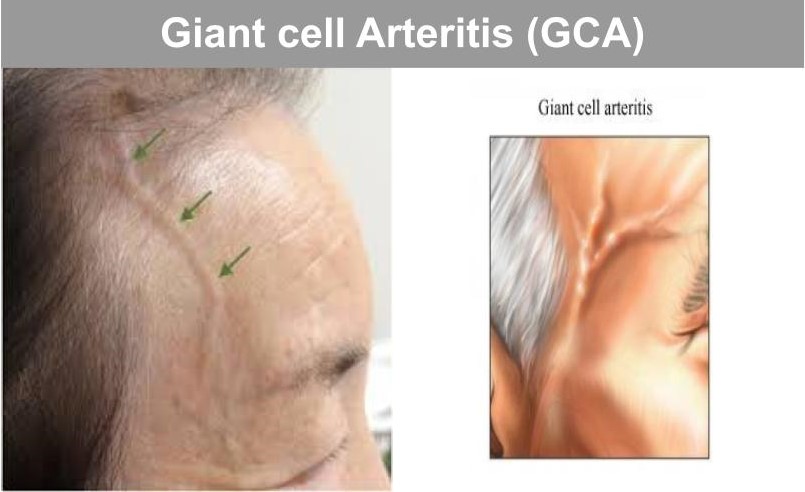 Giant cell Arteritis (GCA), also known as temporal arteritis, is the most common systemic vasculitides. It is described as inflammation of the cranial arteries, and is generally very painful. It involves the large and medium sized arteries and produces a wide spectrum of cranial manifestations.
GCA should be considered in a patient over the age of 50 with a new onset headache. Associated symptoms may include jaw pain, abrupt visual disturbances, night sweats, unexplained fever and joint pains.
Definitive diagnosis can be seen with positive biopsy.
Treatment with oral steroids is to be considered immediately to prevent potential sequela of blindness. Steroid can be initiated prior to a biopsy if GCA is suspected.
A detailed history, through physical examination and blood work is needed to diagnosis and/or treatment.