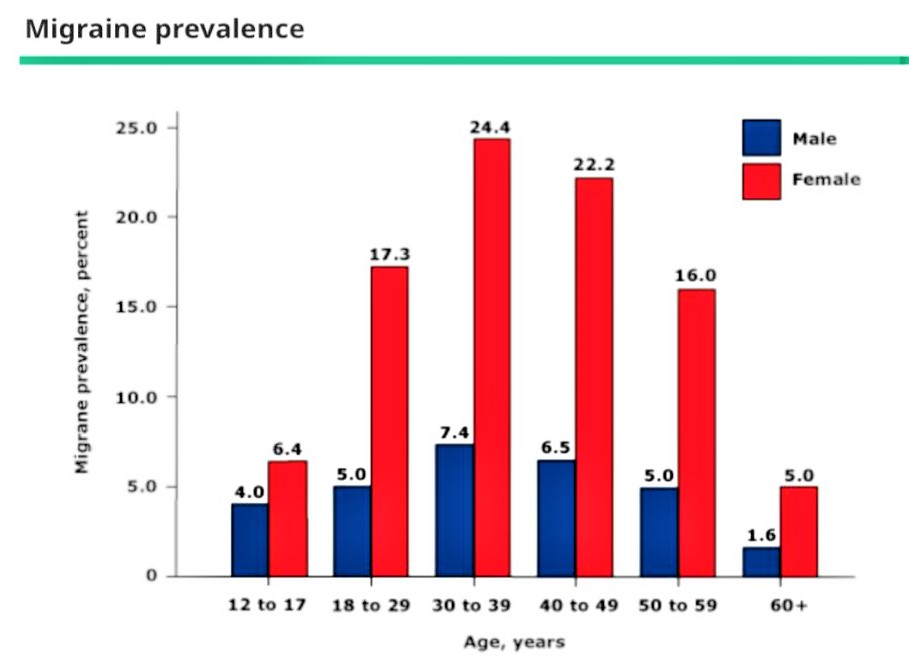 • Migraine is a common disorder that affects up to 12 percent of the general population.
• It is more frequent in women than men: up to 18 percent of women and 8 percent of men each year
• Migraine without aura is the most common type, approximately 75 percent of cases
• Most common in ages 30 to 39
• Although not fatal, it is a major cause of disability: ranked #2 worldwide (after low back pain) among all diseases with respect to life lived with disability
• In a retrospective study of 1,750 patients, approx. 75 percent reported at least one trigger, which included: