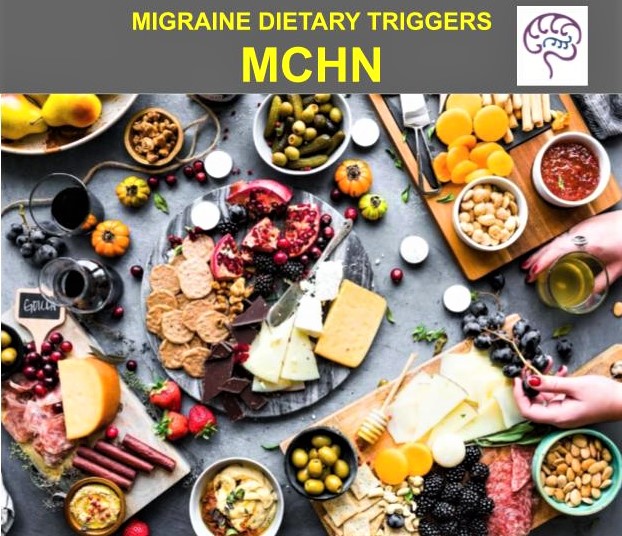 There are many migraine triggers including stress, lack of sleep and certain foods. The relationship between certain triggers and migraine isn’t clear-cut, and no single factor can be directly tied to your attacks. However, There is data that displays migraine may be triggered by certain foods and data where migraine sufferers believe that particular foods trigger their migraines. Below are some of the more common food triggers for migraines.

Excessive Coffee – Excessive caffeine consumption can trigger migraines and cutting back on things such as coffee can help reduce your migraine frequency. The best is to limit yourself to less than two cups per day.
Red Wine – Red wine contains a high amount of the chemical called histamine which is a common migraine trigger.
Aged Cheeses – Cheese contains a high amount of the chemical tyramine which is a common migraine trigger.
Chocolate – One study found that chocolate compared to placebo trigger a migraine in 42% of its subjects.
Artificial Sweeteners – Research suggest that artificial sweeteners such as aspartame commonly found in Diet Coke and other calorie-free drinks may increase the risk of migraine headaches.
Yeast – Food containing yeast such as sourdough bread, donuts, cakes, and breads. Many yeast products contain the ingredient tyramine, which is a common migraine trigger.
MSG or Monosodium Glutamate – MSG is a flavor enhancer used in a variety of processed foods. Many migraine sufferers say MSG is a trigger for them.
Processed and Cured meats – Nitrates are found in many processed and cured meats such as bacon, sausage, ham, and deli meats. Nitrates are known migraine trigger.
Nuts and Certain Seeds – Peanuts, and many other nuts and seeds contain tyramine, which again is a migraine trigger.

To identify these triggers consider tracking your migraines along with a food diary and seeing if there is any consistency between the two. Also consider an elimination diet or doing certain food allergy testing.